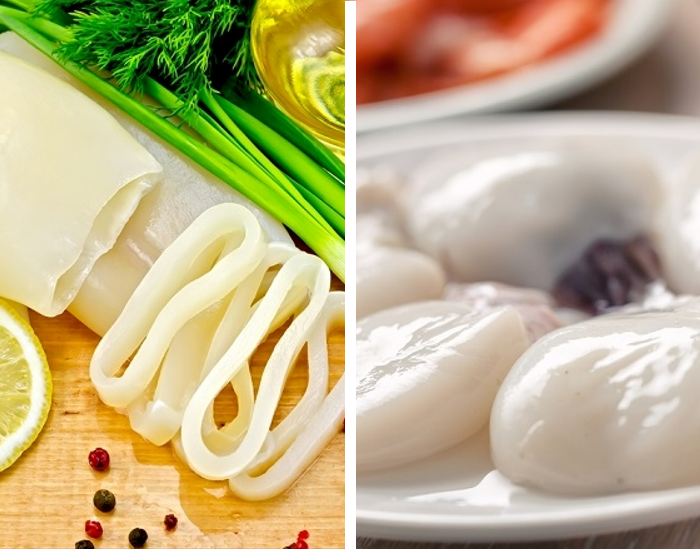 Cuttlefish and squid are closely related, which is why most people use the two interchangeably. That’s why; we believe it’s important to answer the question: what is the difference between cuttlefish and squid?

Although closely related, both the specimens have notable differences. While, appearance-wise, the cuttlefish are meaty and have a round structure, squids have an elongated body, known as a tube. On the food side, cuttlefish is a cross between squids and octopi. So while the cuttlefish more flavorsome than squid, the taste isn’t as rich as that of an octopus.

If you’re big on trying all kinds of seafood, you’re in for a surprise. This article will cover everything you need to know about the flavor profile and texture of both cuttlefish and squid, to will help you identify which one’s the best amongst the two.

What tastes better, cuttlefish or squid?

Both squid and cuttlefish are one of the most intriguing invertebrates. Despite their similarities, they have quite a distinct taste and texture. Those that have tried both seem to find the cuttlefish flesh and ink as having a superior texture and taste than that of a squid.

Squid is a popular delicacy in Asian and Mediterranean cuisines, because of being nutritious and delicious. Its taste varies from mild to rubbery, depending on how it’s cooked. The mild flavor of squids is closely similar to that of a shrimp or lobster. Fried squid, popularly known as calamari, is chewy and slightly sweet. Overall, squids do not have a very fishy taste.

Although quite delicious, squid can’t seem to compete with the velvety texture of the cuttlefish!

Oddly, cuttlefish has far too many textural and taste differences than squid, despite sharing the same basic characteristics. Cuttlefish has a sweet aroma that can best be explained as a light egg white and asparagus. The texture is meaty and creamy, with a tenderness that is matchless! A mouthful of a slow-braised or stir-fried cuttlefish will have a crisp exterior with a melt-in-your-mouth-kind texture. Cuttlefish flesh is highly succulent; it also holds well when tossed with salt and pepper. The delicate yet rich flavor of the cuttlefish makes it quite distinct and superior from squids, in terms of cooking and taste.

Besides the flesh, another flavorsome product that you get from both squids and cuttlefish is their ink! Cephalopods release a dark-colored fluid when faced with danger. The ink disperses in the water to obstruct the enemy’s view, which helps the cephalopod escape its predator. Squid ink has a crunchy, briny flavor with subliminal hints of the ocean. It’s a popular ingredient in dishes like pastas and risotto. However, cuttlefish ink seems to be a much more popular choice because of its mild taste and silky hue. The delicate, oceanic salinity, along with its intense color, makes cuttlefish ink a must-have at most seafood counters and gourmet markets.

So, in the battle of cuttlefish vs. squid, cuttlefish is the clear star of the ocean family! The nuttier taste, creamier texture, and livelier flavor make it a better choice than squid. It’s also more preferred than squid for raw consumption in dishes like sashimi or ceviche; that’s because of its tender flesh.

Cuttlefish will easily be one of your best eating experiences, given its exotic flavor. We highly recommend you to try it with some flavor accompaniments like garlic, basil, thyme, and butter to give nuance to its taste.

The cuttlefish ink is also a far superior choice than squid ink, because of the milder taste. If you want to add a salty seafood flavor, along with an intense color to your food, look no further than the cuttlefish ink!